While the hearts of thousands seemed to freeze in anticipation of “Man of Steel” movie release, there was a hot discussion going on around the new superhero’s style, in particular, famous Clark Kent glasses. Let us catch the beginning of this story and discover this particular type of geeky eyewear.

Where Does Superman Glasses Trend Come From? 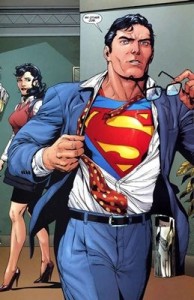 Clark Kent is a fictional character created for comic books by Jerry Siegel and Joe Shuster as the alternate identity of Superman. First appeared in DC Comics in 1938 Clark became a truly iconic figure in American culture, increasing his popularity over the decades. Many of you can still recognise the famous “S” emblem along with the classic Superman’s costume that emphasizes an extra-masculine strength of a hero. Trying hard to be “an average guy” Clark hides his true identity under the bookish glasses to disguise as a well-mannered reporter on The Daily Planet newspaper.

Named after its extraordinary wearer, Clark Kent glasses are still popular both with Superhero’s fans and average fashionistas around the globe. Although there were so many types of specs described as Superhero’s ones (take, for example, Wayfarers), usually, these are just of a simple squarish frame design, giving you an impression of a true gentleman.

Get Your Own Pair of Clark Kent Glasses from Amazon

Ever since everything retro started making waves in the fashion world, many people returned to Clark Kent glasses to recall their memories. Undeniably, Superman’s glasses have a nostalgic appeal that has always been so attractive.

Can I Wear Clark Kent Glasses? 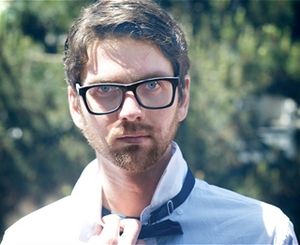 These types of glasses have a shape that is slightly similar to aviators but edgier, whimsical and admittedly classy. They are great for oval faces – thanks to well-balanced proportions. Blackish frames can go well with any dark outfit. Also don’t forget that dark frames are considered to be the best to complement medium to fair skin tones whereas light coloured frames favour darker shades.

Anyone wearing Superman Specs will definitely appear mysterious and geeky at the same time. Sometimes it’s better not to follow the rules but to listen to your own gut feeling. Try to experiment with different shapes and colours to define your own unique style!

Just like Clark Kent, wearing similar frame styles can help you achieve a smart and mild-mannered personality. You can wear them with or without prescriptions, but favourable responses won’t take long.

Clark Kent Look: Getting Your Number One Accessory

Still wondering if you can get a pair of famous powerful glasses? I have good news and bad news. Which would you like to hear first? Ok, let’s start from good one! Working in collaboration with Warner Brosers, famous eyewear manufacturer Warby Parker released two exclusive Clark Kent-inspired frames called “Chamberlain” and “Percey”, both were available on their website and retail stores for just $95. Exactly – they WERE available, but sold like hot cakes! We have just seen one pair selling on ebay for nearly $500, perhaps waiting for a Superman enthusiast.

If you are just looking for a cheap alternative of Superman’s glasses for one of “to-be-remembered” costume parties, you can simply order a pair of super-specs from Amazon website. Those have good reviews and will definitely withstand the pressure of Superhero’s civilian responsibilities and cover you in glory. 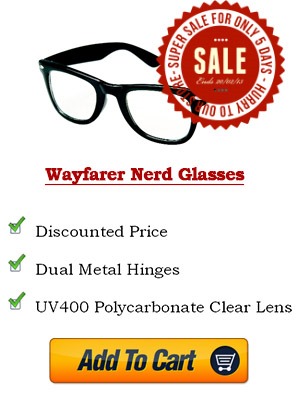